The Discovery of Lowryder 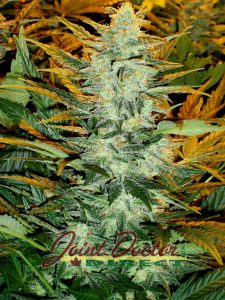 The creation of Lowryder has been a lengthy process. Lowryder came out of a desire to breed innovative Cannabis, coupled with the limitations presented by confined spaces (and time) in often-changing locations, both indoor and out.

Growing up on a farm, the Joint Doctor took an early interest in Cannabis cultivation. Bringing some seed with him to college, he supplied his head stash by growing small plants in his dorm room and the adjacent woodlot. These “extra-curricular” activities, in time, turned out to be the beginning of a career in Cannabis research. 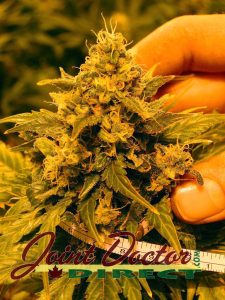 Later, while traveling, the Joint Doctor observed ganja plantations, wild patches of Cannabis, towering hemp fields, and even ornamental hemp, learning a great deal about the incredible diversity of this species. He soon became convinced that nearly anything is possible, in the marijuana breeding department. To create new, better varieties, he reasoned, all that was needed was some diverse sources of high-quality genes, a keen eye for observation, lots of time and patience, and as it turns out, a bit of luck.

“I have always been attracted to novel and unusual characteristics in plants. Living on a farm, I started playing around with unusual varieties of food crops with seeds brought from exotic places at about the same time I started experimenting with Cannabis – over 20 years ago. Later on, I attempted to create smaller strains of Cannabis for myself, to grow in small spaces, using unrelated genetics. I think that making the most of small spaces is a strong recurring theme, especially in Europe. At one point during my travels, I visited a friend whose family lived in a typically small, cramped working-class apartment. The previous summer, when I had first stopped by to visit, I turned his open-minded mom on to her first taste of marijuana – totally unprejudiced, she was immediately taken by the weed’s euphoric effects, exclaiming, ‘I like this better than vodka!”

Now, my friend’s mother was attempting to grow some weed on a windowsill, from seeds I had donated on my last visit. I doubted this was practical. ‘Wouldn’t it be neat,’ I thought, ‘if someone could develop a dwarf type of pot that would work for windowsills, balconies, and cramped apartments?’”

The idea stuck, and gave new direction to the Joint Doctor’s projects. About the same time, he began to trade seed with a new friend, Antonio, a spry, dreadlocked Mexican expatriate who had been collecting and growing unusual strains for 30-plus years.

“One of the types of Cannabis seed I acquired from Antonio was called “Mexican Rudy,” a strain which stayed short and flowered earlier than anything else we had. I didn’t know too much about it. At first the name seemed contradictory: “Rudy” almost certainly stood for Ruderalis, a mythical, rare subspecies of wild Cannabis from Siberia which has a short growth habit and quick life cycle; but I failed to see the link with Mexico, though it was the country of Antonio’s origin. Was this simply an unrelated Ruderalis-like plant from Mexico, or did it have a link to the real thing?”

Although no-one can be sure until some type of genetic fingerprinting is done, it’s possible the Mexican Rudy was actually an experimental cross of Russian Ruderalis and Mexican Cannabis, made sometime in the 1970s, possibly at the U. of Mississippi in the U.S. or at U. of Ottawa (Dr. Small). In any case, the strain was kept and grown out in Canada for several years previously. The Rudy was indeed a short, quick-flowering strain, but with medium potency. But it provided Antonio and his friends with some well-needed stash in mid-summer, before normal plants had even thought about budding.

“It was very fast-maturing, and very hardy, although the potency was low to medium. At first, I crossed it with a Northern Lights #2 (also known as Closet Queen or Oasis) that I knew was also a compact plant, but more potent. These F1 seeds gave some really nice, vigorous moms, and although they weren’t autoflowering, they were quick and compact. As I understood much later, the autoflowering trait wasn’t expressed in the F1 since it was recessive. Not really knowing what I had, I decided to cross this F1 with a few different varieties, of the best clones I had around.”

Without specific expectations, the Joint Doctor crossed the Rudy with a Northern Lights #2 female, then with a William’s Wonder clone. It was the offspring of the experimental 3-way cross that brought back the recessive autoflowering genes into the equation, most likely inherited from the Rudy. 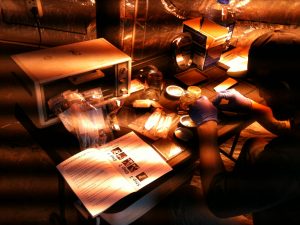 “I was beginning to have an eye for novel characteristics. I had a tendency to keep seeds and strains that many a grower would have thrown out as off-types. When growing out the next generation of seedlings, in particular a batch of William’s Wonder x (NL#2 x Rudy) seedlings, my buddy and I noticed some very unusual male plants that flowered immediately, when they were still basically seedlings. This was unheard of, especially in a room receiving under 24 hours of light!”

It was a real Eureka moment. Fortunately, the Joint Doctor kept the unusual plants and was able to stabilise the autoflowering trait in them, while many growers would have rejected the plants as weird or off-types. Only these novelty plants were kept for further multiplication, and all the subsequent generations retained this “autoflowering” characteristic. The hybrid, dubbed simply Willy’s Automatic at first, became the basis for Lowryder.

“I used these “freak” dwarf males as pollinators, and lo and behold, my next generation consisted exclusively of tiny plants that matured automatically at no more than 12 inches and less than 60 days from seed. An ideal closet cultivar. It seemed incredible. And the taste and potency were great too, retaining the structure and scent reminiscent of the William’s Wonder, coupled with a sort of wild, earthy but pleasant aftertaste inherent in ruderalis. The hybrid, dubbed simply Willy’s Automatic at first, became the basis for Lowryder. All the subsequent generations retained this autoflowering characteristic. The name Lowryder came to me during a morning session on the porcelain throne, reading my favorite car magazine, LOWRIDER. I grew the variety out on a small scale, in a closet in the winter, and in my garden during the summer, selecting the best specimens, for several generations before it was released on any scale.”

The next step was to introduce autoflowering to the new generation of home growers. But that’s a whole other chapter.

Here is the Music Player. You need to installl flash player to show this cool thing!

Everything has a beginning. The strain which starts the seedbank is Doctor’s Choice #1. The genetics come from Lowryder the first in the world autoflower from its father Joint Doctor...