More about Lowryder and the origin of Autoflowering plants. 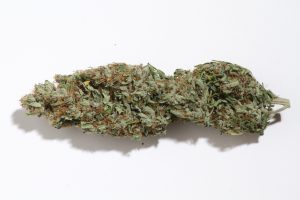 Autoflowering has come a long way in the past ten years. When Lowryder first came out, circa 2003, autoflowering was still a vague, unknown concept. There were very few actual 100% autoflowering varieties in existence, and the concept was just taking shape.

Worthy of mention, Mighty Mite, A short, early-flowering variety from B.C.’s Gulf Island, had some underground fame in Canada for its ability to finish in August. It was basically an autoflowering strain, although the word wasn’t being used yet.

On the Dutch side, Sensi Seeds had already been offering Ruderalis Skunk and Ruderalis Indica in its catalog for some time, one of famed breeder Nevil’s experimental crosses. In the description it still says: “Around 50% of Ruderalis Skunk plants will auto-flower. As with Ruderalis Indica, blooming starts at the 5th to 7th set of branches, typically within 5-10 weeks of germination, depending on how quickly plants are able to vegetate in a given climate. The other 50% of plants grown from seed will react to photoperiod, and will be triggered to flower around the same time as strains such as Early Girl and Early Skunk. This makes it possible for garden growers to have a double harvest each season with Ruderalis Skunk.” So Ruderalis Skunk only autoflowered some of the time – it seems the breeder was unable or unwilling to stabilise the trait.

An article was published in Cannabis Culture in 2003, titled “The return of Ruderalis” by DMT. While Lowryder is not mentioned by name, probably because it was still too obscure, the article goes into an interesting discussion about the potential that Ruderalis hybrids might hold for the future. “Deep in the North American woods lurks a recent addition to the marijuana gene pool: Ruderalis hybrids!” The author goes on to conclude that, “a couple of auto-flowers on the back deck will likely fit the lifestyle of many more folks than would an ordinary grow room.”

Some of you may be wondering if you missed something: what exactly is the connection between Ruderalis and autoflowering? Simply put, autoflowering comes from Ruderalis. Autoflowering is a set of traits that originated in semi-wild populations of Cannabis, or Ruderalis, and that has now been incorporated into new varieties. More technically, autoflowering means: a plant that flowers on its own, or has a determinate lifespan, as opposed to a traditional or indeterminate one which follows seasonal cues, especially day length. Autoflowering. Determinate. Dwarf. Low-bush. These term show the parallels with other types of cultivated plants crops, not just Cannabis.

It’s actually easier to explain what autoflowering is to a non-grower. People without preconceptions about Cannabis growing easily grasp the concept of a determinate lifespan, rather than one that depends on the light cycle or season. They don’t have to unlearn anything. That’s part of the reasons why many entry-level growers are attracted to Autoflowers.

All types of Cannabis, it is scientifically accepted, form a single species, Cannabis Sativa, divided into three sub-species: Sativa(“cultivated”), Indica (“Indian”), and Ruderalis. The term Cannabis ruderalis was coined by Russian botanist Janischewsky in 1924. In the loose, imperfect classification system for marijuana, is the name given to a sub-species growing wild in parts of Russia and eastern Europe. But it’s important to separate myth from reality. Rather than describing a truly feral or wild type of Cannabis, Ruderalis was actually a term used to decribe certain types of hemp which escaped cultivation and adapted to the surrounding region.

These types have appeared spontaneously in many areas of the world where Cannabis is cultivated, be it for fiber, food, of medicine. Truly wild types of Cannabis may exist; however, not so common as you would think. A truly wild strain of Cannabis would have to have been perpetually isolated from cultivated strains, which is unlikely given how widespread hemp and marijuana cultivation are in the world.

So what we often think of as Ruderalis is actually a more or less recent offspring of cultivated crops. In the U.S. Midwest this is sometimes referred to as ditchweed, the “weed” part meaning “useless” in this case. Fact I have seen myself, it only takes a few years for an escaped hemp or marijuana seed of a given variety to adapt to a new environment in the wild, through natural selection, IF it survives. Subsequent generations will usually take a more stout aspect, flower earlier, have smaller seeds, and soon bear no resemblance to their cultivated ancestors. Sometimes, the opposite happens. A new type of useful cultivated plant is bred or accidentally selected by humans, mating wild ancestors with current cultivars. It’s well known that wild individuals can be a great source of hardiness and disease resistance. So over time, and on the margins, there’s a two-way exchange of genes between wild and cultivated strains.

The point is, Ruderalis is not really a specific line or sub-species. It describes a phenomenon that can occur with just about any species of cannabis that “goes wild”. This explains how there could be so many Ruderalis bloodlines with completely different origins. So the “Mexican Ruderalis” that is the ancestor of Lowryder and many autoflowering strains today, may really have nothing to do with Russia. And more importantly, there may be many other distinct autoflowering landrances yet to be discovered – or yet to appear- and to use as genetic There are breeders who have already embarked on that quest.

For me, the traditional classification system’s usefulness, the whole sativa-indica-ruderalis thing, has its limits. Because after a while all these lines and borders start to get too complicated, and seem vague and arbitrary. Things are not that clean-cut. And they are almost beside the point: We could argue about these semantic and botanical classification issues for eons, but things won’t really be cleared up until genetic scientists concentrate on Cannabis and actually decode the myriad of complex and ancient lineages that lead to the present.

The real question is, does autoflowering contribute anything useful to farmers and gardeners? If it didn’t, I don’t think we would be sitting here yapping about it after all this time.

The first known experiments in crossing Ruderalis cousins were actually done by Ernest Small of Agriculture Canada in Ontario during the 1970′s, for the “aiding in the purposes of taxonomic classification… Crosses between these strains usually produced offspring of intermediate THC levels, with a few that leaned more towards the high THC end of the spectrum.” These varieties were not released, but is impossible to say whether any of these crosses were maintained or shared with someone. It’s quite possible that Lowryder is descended from one of these crosses.

Lowryder was the first 100% autoflowering variety to actually be marketed. It is the product of a cross between Northern Lights #2, William’s Wonder, and an unknown plant called “Mexican Rudy” which I had obtained from a longtime friend. It was an accidental discovery I made that led to the breakthrough. The experimental cross began to flower almost immediately after the seedling stage, under 24 hours of light! Luckily, I was able to stabilise the trait.

Since then, many new and better autoflowering varieties have been released, most but not all directly descended from Lowryder. These new varieties combine the taste and potency of proven varieties with the short stature and quick growth of the wild ancestor.

It used to be that seed companies would shy away from autoflowering or anything having to do with Ruderalis because it is basically equated with ditchweed. And there used to be this great fear that this “wild” pot would contaminate the world’s supply of good weed with less potent crap. But this argument has lost its sway. By now, we are many plant breeding generations later – at least twenty or more. Enough time to breed out any undesirable traits resulting from the Ruderalis, like lower potency, while conserving the autoflowering trait. However many of the early reports of low potency, in my opinion, had to do with the lack of knowledge about how to grow and when to harvest autoflowers, as much than an actual tendency.

I think it’s high time that Ruderalis and/or autoflowering be granted its own category in the Cannabis competitions of tomorrow. Let’s reunite the family!

Here is the Music Player. You need to installl flash player to show this cool thing!

Everything has a beginning. The strain which starts the seedbank is Doctor’s Choice #1. The genetics come from Lowryder the first in the world autoflower from its father Joint Doctor...